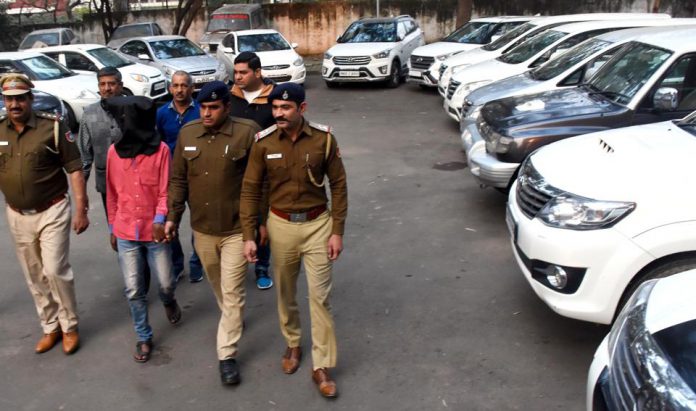 A gang of vehicle thieves was busted on Friday, with the arrest of two of its members. They allegedly stole two sedans and bikes each from Chandigarh besides fourteen cars from other parts of India.

The two have been identified as Asif Noor Mohammad Sayed, 41, from Pune and Prabhjot Singh, 37, from Amritsar. Asif will be produced before the court of law again. Prabhjot has been sent to legal charges. Maharashtra and Punjab Police detained them before also in case of related crimes.

As per Chandigarh police, they were functioning as a gang pan-India. Not much educated, they used to assist in trading off the lifted cars.

The search operation started on December 29, 2019, when a Honda City car was stolen from Sector 34. This incident directed the crime division towards Asif. On January 20, 2020, he was sent to eight-day police custody. Upon his examination, the police were led to the arrest of Prabhjot and recovery of the automobiles- two Toyota Fortuners, three Toyota Innovas, three Honda City sedans, two Hyundai Vernas, two Hyundai Cretas, a Maruti Swift Dzire, Maruti Baleno, Maruti Alto, Mitsubishi Pajero, and two motorbikes. Out of these, two Honda City cars and bikes were stolen from Chandigarh. Six vehicles were recovered from Punjab and the remaining eight from Pune.

Rajesh Kumar, called Raja, from Ludhiana is alleged to have been running this in the area. The gang members used to steal vehicles. The police department is on the lookout for Raja. In the past, Haryana and Punjab Police have arrested him. He stands declared a proclaimed criminal.

From April 1, Pay More For Traveling to Shimla