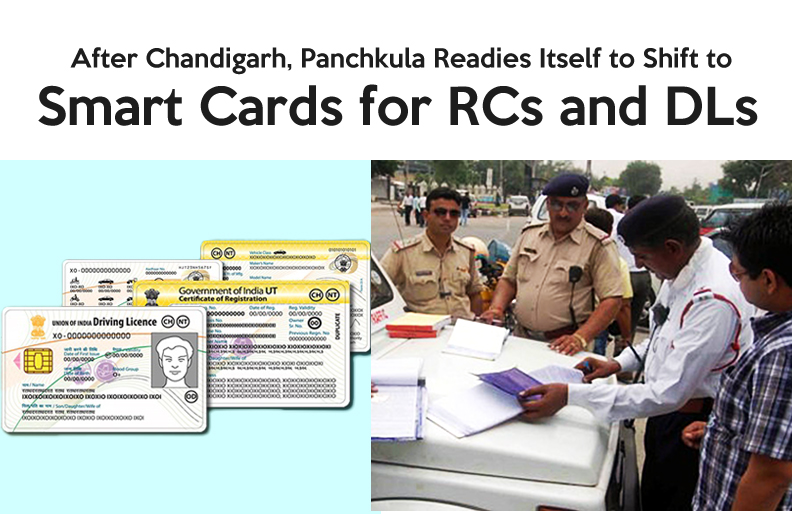 Apart from the clean and green environs, Chandigarh has always boasted about its exquisite road culture and the Chandigarh Traffic Police deserves all the credit for making this possible. Time and again, it also updated and modernised its enforcement mechanism to ensure better compliance of traffic rules, but that too causing least discomfort to the people. Smart cards for Registration cards and Driving licenses are one such laudable initiative in force since 2009.

Panchkula is also ready to tread on these footsteps.

Panchkula administration has decided to issue smart cards for Registration cards and Driving licenses and with this, Panchkula will become the first district in Haryana to do that. Rosemerta Technologies, a Gurgaon-based IT firm, has been awarded the contract to do this.

Benefits of Smart Cards for Registration Cards and Driving Licenses

How to convert Old RCs and DLs?

The issuance of smart cards will begin within a week. Panchkula, do welcome the move and convert your RC and DL into smart cards.