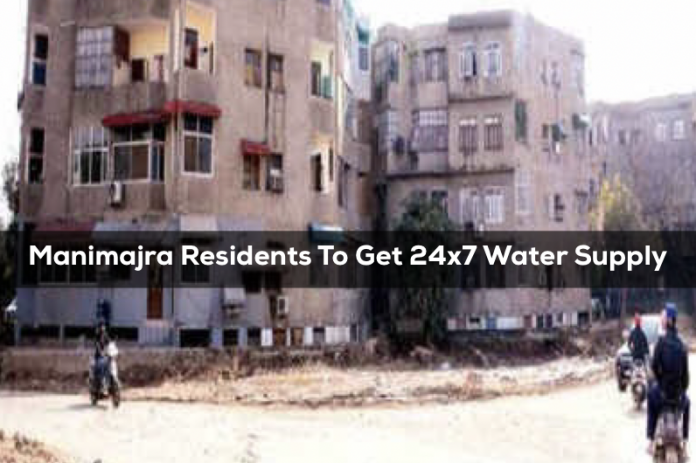 With the board of directors, Chandigarh Smart City Limited giving the green signal to the 24×7 water supply project in Manimajra, estimates of around ₹70 crores have been prepared for the project. The MC engineering wing has allotted work in two phases, one for the project and the other to install a smart water metre in each house. CSCL has sought to do the initial task of setting up and starting the project of 24×7 water supplies in Manimajra. The project has been already been approved at the cost of ₹160 crores.

Initially, CSCL conducted a detailed survey. According to this, Manimajra has a population of around one lakh and around 13,700 water connections. The design has been prepared with the forthcoming plan of 1.8 lakh residents. It is estimated to run till 2051. Of the entire drinking water provided, currently, there was 55 percent non-revenue water (NRW). This loss was due to the illegal use of water or wastage through inside seepages in pipes.

Highlights of this first-of-its-kind venture are as follows:

The municipal corporation will bear the expense of the operation and maintenance in Manimajra for fifteen years. This will cost about ₹90 crores. The tender will be allotted for two years to finish the capital works.

Municipal Commissioner KK Yadav is also the chief executive officer of CSCL. On Tuesday, he brought forth two proposals before the general house to take the opinion of the members.

As per chief general manager, CSCL NP Sharma, the water losses in the distribution system will be identified and there will be a reduction in the non-revenue water from existing 55 percent to 15 percent in seven years in a phased manner. The reading of the quantity of consumed water will be monitored through technical surveillance and other methods.

He added that since the tender document was ready to be put up before the technical committee of the smart city, it would be called by March-end. If all went well, the work would be allotted to the selected company by April-end.