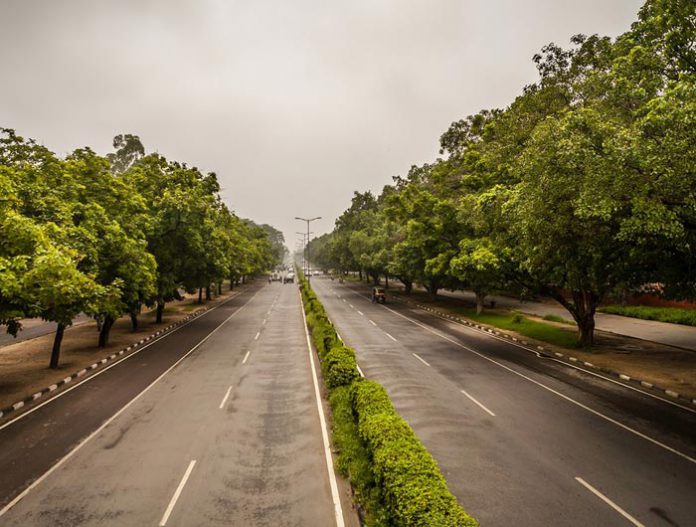 Chandigarhians love to boast their Chandigarh as City beautiful, for its beautiful architecture and astute urban planning and the breathtaking backdrop of gorgeous himalayas and greenery around. And there has been phenomenal increase in the green cover in the city as per the latest state of forest report of Forest Survey of India (FSI). Chandigarh now stands second amongst all the union territories (UT), first being Daman and Diu.

Tree cover is defined as patches of trees on area which is exclusive of one hectare of the forest area. It includes all plantations in residential areas, roadsides, parks and gardens.

Spread over 10 square kilometers in Chandigarh, tree cover percentage has gone up from 7.80% in last report (in 2015) to 8.77% of total geographical area now.

The credit to increased tree cover largely goes to sustained plantation drive carried by the Chandigarh administration in last few years. According to reports, around 2.5 lakh trees have been planted in different parts of the city in the last one year itself.

The UT administration plans to plant around 3 lakh saplings for the next financial year as per the Greening Chandigarh Task Group.

The term forest cover refers to an area which sprawls over one hectare having dense plantation.

Reasons for this fall