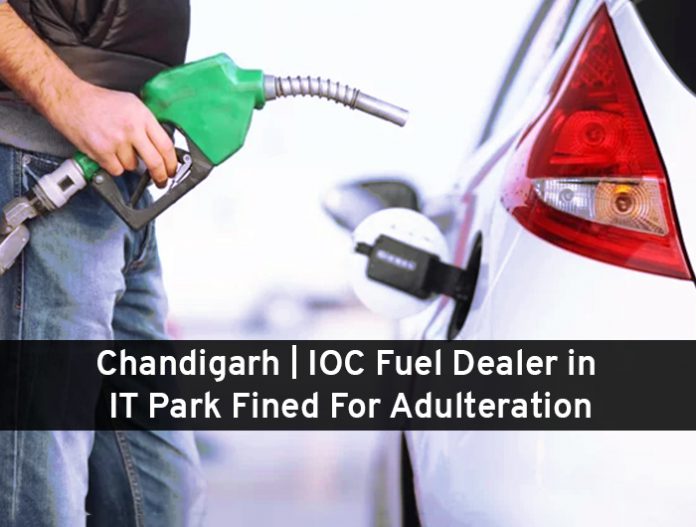 Sukhna Automobile SSECT, at Rajiv Gandhi IT Park, Chandigarh has been charged a penalty of ₹17,000 for selling adulterated fuel. On the directions of the District Consumer Redressal Forum, the Indian Oil Corporation Limited (IOCL) Pump was fined for the mixing of water and petrol, damaging the complainant’s vehicle. The fuel station was also directed to refund ₹2,720 as the cost of petrol that the customer bought.

Aditya Mohan Sharma, the complainant, a resident of Sector 36 stated that he went to get petrol filled in his car from the station on July 28, 2018. He paid ₹2,720 for the same. Soon after that, the car started jerking and stopped. He called a mechanic who informed him that the petrol was adulterated. There was eighty percent water.

What caused the damage?

The rainy season led to this deterioration. The forum held that it has been affirmed by the pump authorities itself that north India received heavy monsoons during July. Therefore, chances of moisture, rain droplets, etc. entering the fuel tank of the complainant’s car are not unusual.

Despite the incredible number of attempts, the mechanic could not repair the vehicle. Aditya paid ₹2,200 to him. Later, his car was towed to Sector 38 motor market.

The matter was initially reported to the police. Subsequently, a DDR was registered. Again, he hired a tow van to the authorised service centre. The vehicle was repaired for ₹2,004. Fuel injectors replaced and tank cleaned.

What do the pump authorities say?

In reply to the complaint filed, the petrol pump authorities stated the following:

What does the Forum say?

Deficient service by the pump authorities caused damage to Aditya’s car. They were held responsible for not taking proper care of the premises during monsoon.