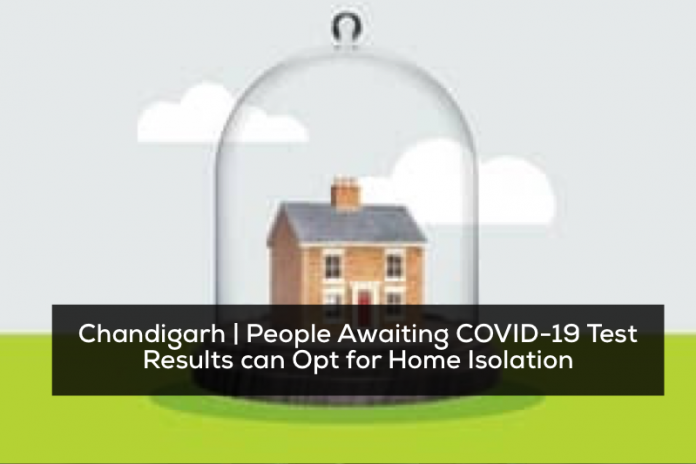 The UT administration has introduced the option of home isolation for those awaiting COVID-19 test results. This is aimed at ramping up testing in the city.

Earlier, individuals awaiting test reports were isolated in the hospital ward. This process took at least a day and as a result, the testing capacity of the city was slowed. Testing also slowed down due to the limited number of isolation beds in hospitals for suspected patients.

On the other hand, Mohali hospitals were sending patients home after taking their samples. This resulted in an increase in testing there.

The Chandigarh administration had also talked about ramping up the sampling facilities in case of peak infection in the city. It had decided that in case, the infection reaches its peak, the sampling facility would have isolation beds, preferably independent rooms, for about 12 hours between sample collection and report of the test.

Under the new protocol, patients can opt for home isolation after his samples are taken. However, he/she has to take certain precautions such as

• no sharing of personal items,

• patient will have to take temperature daily and report to health authorities in case any problem arises.
• He/she has to stay in a well-ventilated room which is separated from others at home, especially the elederly and those with comorbidities.

• The caretakers too are required to follow all the precautions.
• The person opting for home isolation will have to give an undertaking that he or she has adequate space for isolating himself at home.

Penalty in case of violation

UT health secretary Arun Gupta said that violations in home isolation rules will be dealt with under rules notified earlier for home quarantine. A fine of Rs. 2000 will be imposed on those who break the rules and in case of failure to pay such fine, action shall be taken under Section 188 of IPC (Disobedience to order duly promulgated by a public servant).