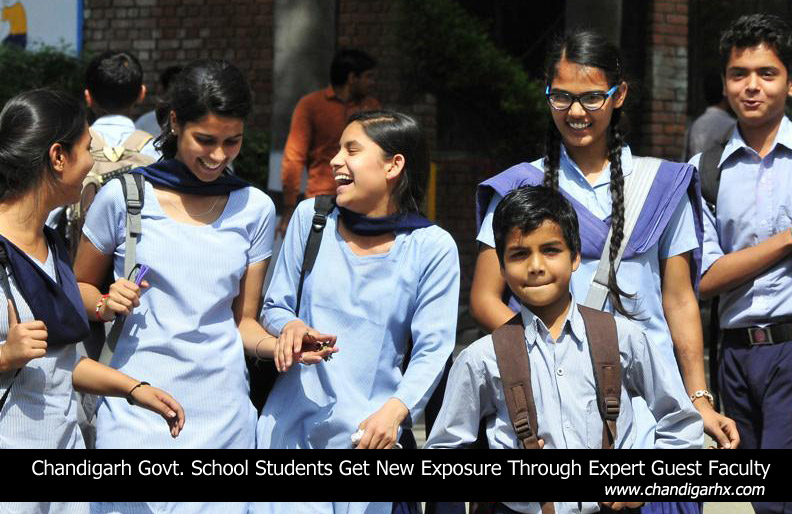 Pratham’s Annual Status of Education Report (ASER) has year and again brought to the light the absymal condition of education in government schools across the country. Reasons are infrastructural and administrative, but it’s the poor students who are bearing the brunt.

Chandigarh administration had initiated to rope in experts as guest faculties on a voluntary basis once a week to teach students of government schools in the city.

The expected number of volunteers had been still low, however. In response to Governor’s appeal earlier this month, former union railway minister Pawan Kumar Bansal discussed the students in GMSSS-19/C on Indian Constitution and its importance while current Harayana Civil Service(HCS) officer SK Setia elaborated the meaning of Humanities and dealt into the intricacies of the subject to the students in GMSSS Sector-16.

Now, with the joining of Inspector General of Police (Law and Order) Punjab, Naunihal Singh, himself, the initiative has picked up the much required pace. More than 50 volunteers have come forward to teach in various government model schools, including college students and some PhD scholars too.

Others having Army background and retired professors have got a positive response from the students studying in these schools.

ChandigarhX applauds the administrative initiative and kudos to those who have volunteered to provide the deprived students the exposure and nurture their minds with their immense knowledge and experience.

Week-long Lockdown in Haryana starting May 3

Amid Surging Covid Cases, Stricter Restrictions imposed in Punjab from May 2