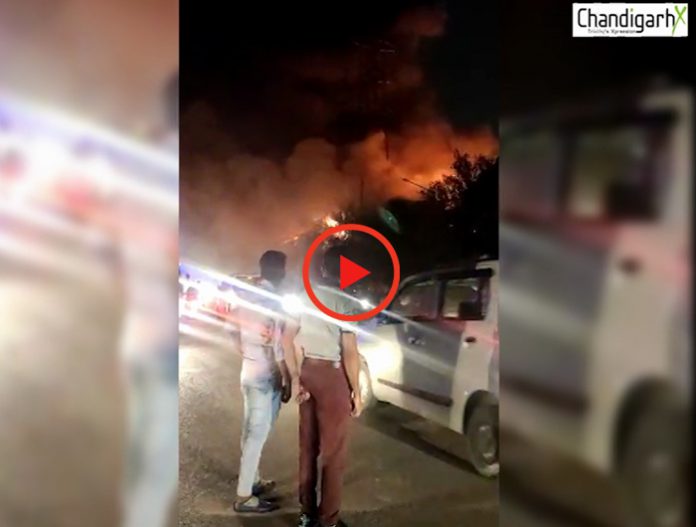 A major fire broke out in a sweets manufacturing unit, Chandigarh Sweets at Plot Number 257, Industrial Area, Phase I at 10 pm. It was appalling to see that fire engines from Industrial Area Phase I and II stations did not contain enough water. When situation could not be controlled, around 15 other engines were pressed into service. One water engine each from Panchkula and Mohali was also called for.

As per reports, gas leakage is said to be the reason. The fire spread out violently due to the oil, chemicals, electrical wires, cardboard boxes and furniture present inside the factory.

An alcohol and furniture factory is situated next to this factory. The rescue team was able to control the fire before it could spread here.

According to Chief Fire Officer, MC, Anil Kumar Garg, an employee of the department was hit by a fire engine accidently. He was injured and admitted to the PGI.  The incident created panic in the nearby Colony No. 4. But there is no casualty.

Pumps Not In Working Condition

Due to the power cut in Phase I, this area’s fire station pumps were not working. As soon as the water would finish inside the engines, they had to be sent to Phase II, Sector 32 or Manimajra to fetch water. Lack of availability of water was the reason behind delay.