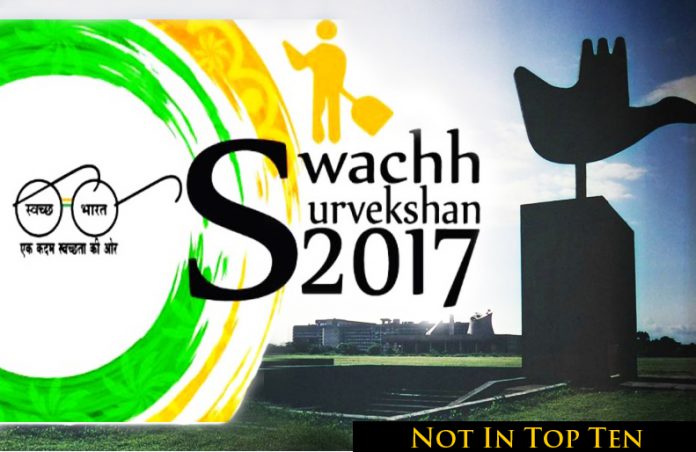 The Swachh Survekshan – 2017 results were announced by Union Minister of Urban Development Venkaiah Naidu in New Delhi this morning.  434 cities and towns were surveyed in Jan. and Feb. 2017 for their performance on cleanliness drive.

Against all expectations, Chandigarh has failed to even find a spot in top 10 cleanest cities in the country. Chandigarh in ranked 11th this year. Last survey, rank was 2nd.

Punjab’s best performance was found to be in SAS Nagar with 121 rank. All Punjab cities surveyed figure below 100 rank.

The Top Ten are: 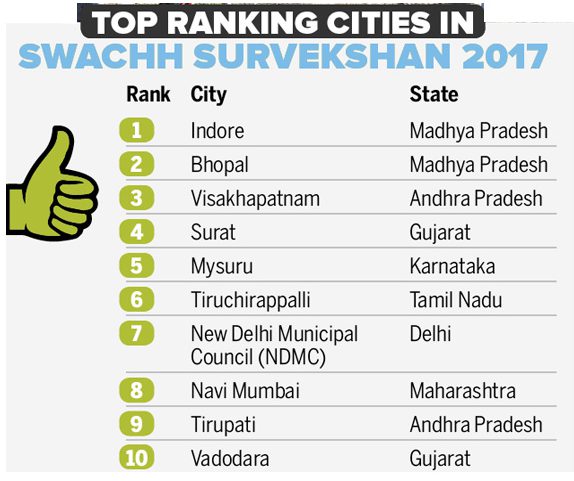 And those figuring at the bottom are: 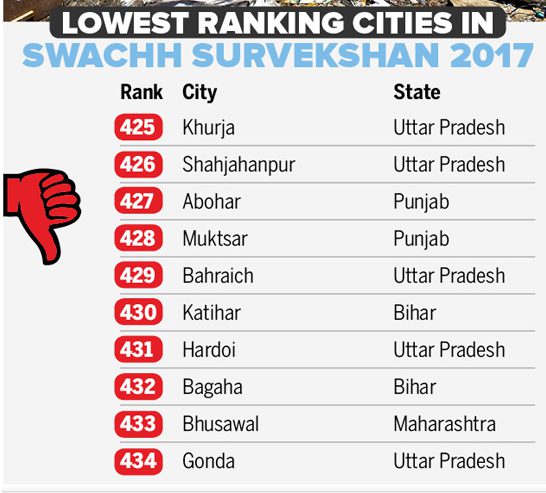 Gujarat, Andhra Pradesh and Madhya Pradesh have shown very promising results with accounting for 50 of the cleanest sities on the list. Gujarat had the most, 12 clean cities, closely trailed by Madhya Pradesh with 11 cities. While Uttar Pradesh at the bottom of the list with 25 cities that performed poorly in the survey.

About the Swachh Survekshan-2017 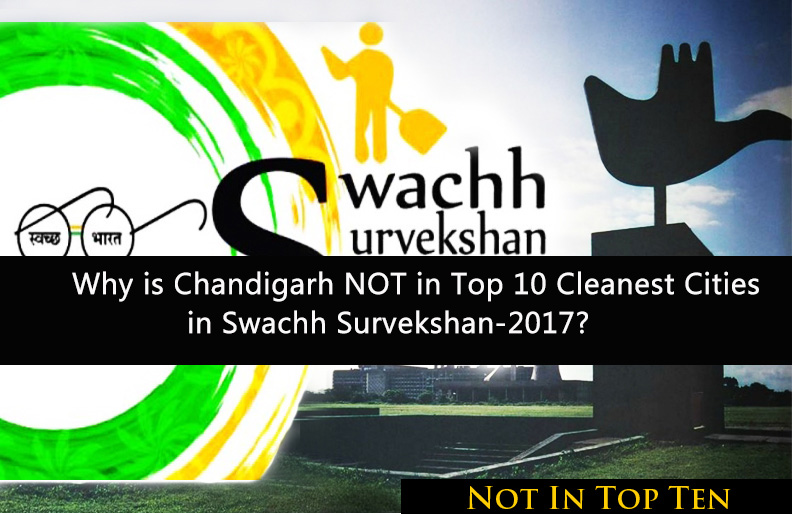