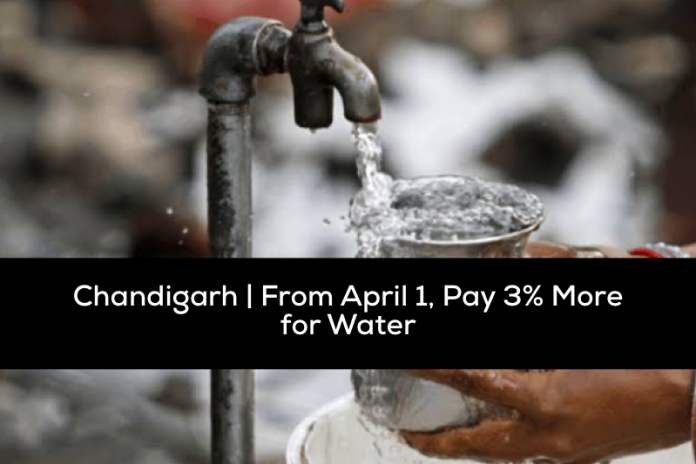 Chandigarh residents have to shell out 3% more for water usage from April 1. This comes after three times increase in water tariff and 30% sewerage cess.

As per a notification issued by the UT Administration, “All charges shall be automatically hiked by 3 per cent on the basis rate on the first day of every financial year, beginning April 2021.”

Despite much uproar against hike in water rates, Chandigarh Administration and the MC are yet to come up with a decision on reducing the rates. The increased water rates became effective from September last year following a notification by the UT Administration. The decision on annual hike in less than a year of recent hike has shocked the residents who have called it “insensitive” move.

Having faced the public flak, the Chandigarh Municipal Corporation passed an agenda on reducing the water rates and sent it to the UT Administration for approval. However, the Administration, a few days ago, asked the corporation to reconsider its recent rate revision resolution. The civic body is now bringing an agenda in the House meeting on March 9 to revise the rates.