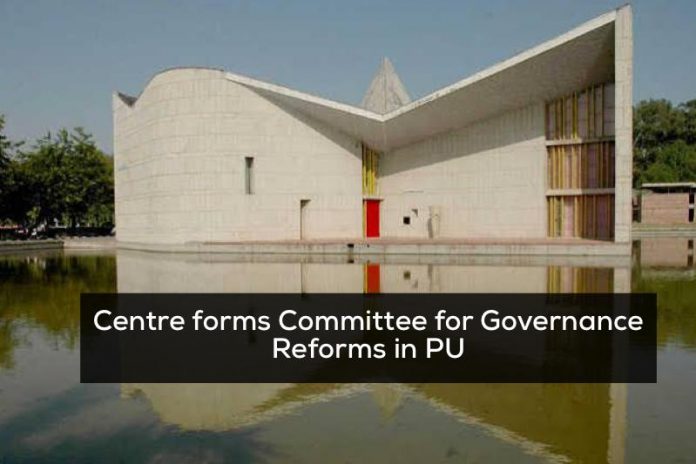 With an aim to bring major governance reforms in Punjab University, Chandigarh, the Government of India has constituted an 11-member high-level committee. The committee is charged to make recommendations keeping in view the National Education Policy, 2020.

The decision came during the hearing of a case between former senators and the PU at the Punjab and Haryana High Court. The committee is to provide its recommendations within two months after studying recommendations of previous committees, examine best governance practices in the country and also invite views and suggestions from the stakeholders

Reason for the formation of the committee

The prime reasons are the university being run without Senate or Syndicate now and governed by rules in Panjab University Act 1947 which itself is based on the Indian Universities Act 1904.

Though a sub-committee headed by Justice (Dr) Bharat Bhushan Prasoon was constituted in 2016 but the suggestions made were not brought in practice.

“As compared to the Central universities, IITs, IIMs and the state government-run universities, the size (91 members in the Senate) and the composition as well as the process of constituting the Senate and the Syndicate in the PU is far more complex, time-consuming and cost-intensive. Adding to this is the manner in which deans are elected rather than being chosen for academic excellence,” stated the circular. It further said, “If the PU has to achieve its innate potential and grow into a front-ranking university, it is imperative that it should streamline its governance system. A lean and efficient governance structure is needed. Against this backdrop, it is felt desirable that a high-level committee of experts be constituted to examine various facets of the existing governance structure and recommend the way forward.”

The document submitted in the High Court also referred to a letter which stated that on September 7, 2016, the PU teachers’ body gave a representation to the Union Home Minister for governance reforms in Panjab University.