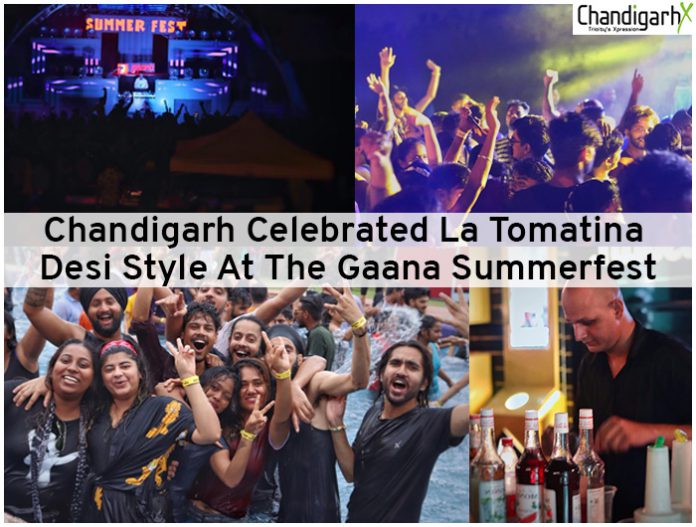 Relaxing tunes, unlimited beer, food, never-ending fashion parades entertained the city at The Village yesterday. The Summerfest was a whole vibe in itself! Beautiful illustrations and props made the first edition of this event by EYP Creations not only look like a beach but also feel like one. Beginning in the evening and summing at night, the fest was jam-packed throughout. Juicy tomatoes added to the vibe by giving a feel of the tomatino festival making sure the crowd had something to take back. The fest included a display of amazingly handcrafted items made by the artists and art director. Rainshower and the pool party were eye-catchers as well.

Spicing up the great musical line-up was a selection of gourmet food, great drinks and a plethora of fun-filled activities to round off the event. It was all about indulging yourself! The food included a plethora of cuisines, many from renowned restaurants. The combination of soothing music and quality beer resulted in only one thing: an abundance of fun.

The line up of soulful artists befitted a true ‘Music Festival’ with the freshest acts- a mix of nationwide and internationally celebrated artists. The headlining acts from DJ V Sky and Kyber gave the people in the fest an adrenaline rush. As the sunset, these were followed by live performances by Lost Stories and Zaeden that made us feel like love was in the air and concluded the fest in a very soothing manner.

The event was a complete sell-out. Spending the night under the sparkling gaze of the stars, breathing in the natural air, and surrounded by lush green trees, Summerfest was an experience of thrill and excitement. Keeping up the promise, it was a memorable evening you would look back to even years later.