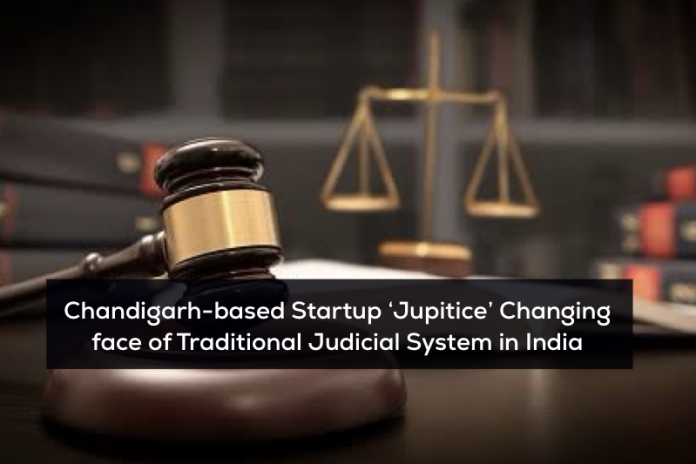 ‘Justice delayed and justice denied’ is not just a dictum but a reality that hurts many.

The digital court takes utmost care to avoid bogusness and perjury, a proper verification process is done using face recognition, checking of documents and digital signature. Only after this, a person can access the platform. Its credibility can be gauged from the fact that ‘Jupitice’ has been gaining acceptance as more than 8,000 thousand cases have been filed on this platform in four years since its inception. Out of which 400 cases have been disposed of and more than 800 arbitrators have been appointed.

Talking about Jupitice, its founder and CEO Raman Aggarwal, said that by adopting this online system, about 85 per cent cost and time of regular court cases could be saved. He added,”We have created a world of global digital court where any disputant, who wants to resolve the case without going to the traditional court, can come to this platform and select their choice of advocate and judge online. They can resolve their cases as it has start to end visibility of the whole process which can be seen and recorded. Through this, biasness is cut and a fair and independent decision is out.”

“Jupitice’s MSME Digital Court is a digital mirror of traditional courts with ultra-advanced digital justice infrastructure powered by a complete digital justice ecosystem. This means that an out-of-court settlement through ADR mechanism is now possible, that too all online. SME owners or stakeholders won’t have to worry about investing their time, energy, focus, money on resolving disputes via a time-consuming litigation process,” Raman Aggarwal said.

Justice (retd) Kshitij R Vyas, former Chief Justice of Bombay High Court and currently a panelist with Jupitice Justice Technology, said, “The need for an effective use of alternative dispute resolution mechanisms is now more than ever with the on-going pandemic situation. It is high time that people opt for arbitration or mediation mechanisms for quicker dispute resolution, especially with ODR in the scene.”