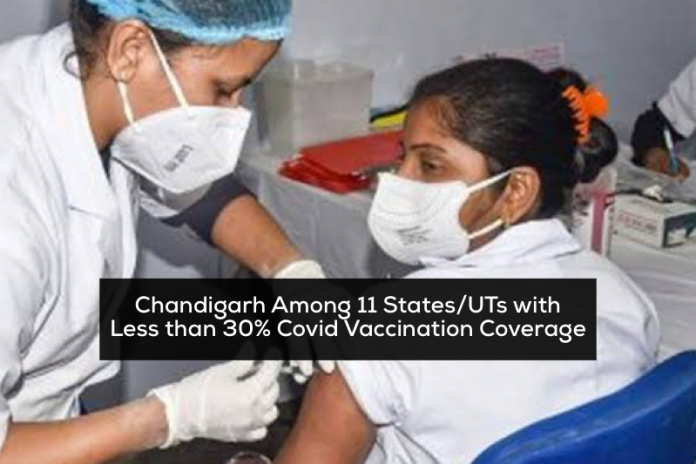 The recently released data by Union Ministry of Health and Family Welfare has pointed out the poor Covid vaccine coverage of the top priority group – the healthcare workers in Chandigarh.

Till February 3, only 4,440 healthcare workers got the shot against a target of 20,000 medical professionals.

The UT has operationalised 12 vaccination sites, though the number of the sites and sessions vary every day.

Vaccination drive to cover next target group of frontline workers began on February 3. Even this second priority group witnessed a lukewarm response with only 44 percent of the targeted beneficiaries being inoculated.

The UT Home Secretary Arun Gupta said pointed out vaccine hesitancy to be one the cause saying, “The exercise is voluntary and a matter of ‘personal decision’ for people whether to get a shot or not. Vaccine hesitancy could be more in Chandigarh. That is why the drive turnout is low.”

Rare Pictures of National Heroes Come to Life, Thanks to My Heritage’s Deep Nostalgia Tool