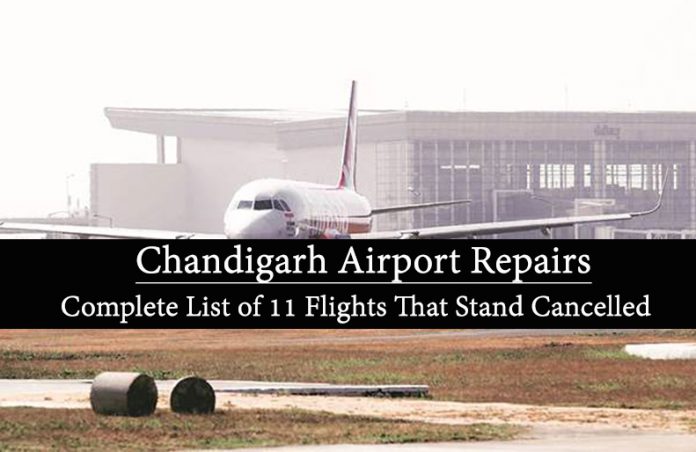 Chandigarh International Airport will be undergoing runway repairs from October 3 and will operate till 4 pm instead of current 10 pm. In addition  to this, Sunday will be NO FLIGHT DAY as the day will be completely dedicated to repairs. This will continue till March 31, 2018. Though there are chances of further extension, as the repair works are targeted to be completed in 20 months.

As a result, Chandigarh-bound air travellers will be left with limited options, as already visible in the working schedule of various airlines. As many as 11 of the 36 flights operating from the airport have been cancelled.

The revised schedule will be released on Tuesday.

Out of current seven flights on Chandigarh airport, SpiceJet has cancelled 4 flights including direct flight to Hyderabad at 8:50pm, Jammu flight at 6:10pm, and Delhi flight at 8:25pm.

Indigo has also called off its important flights to Bengaluru, Srinagar and Mumbai.

Go Air’s Chandigarh-Mumbai flight at 7:15 pm has also been cancelled. There has been no change in the schedule of other airlines, including Air Asia and Air Vistara.

NO FLIGHT TO JAMMU:

• SpiceJet used to operate the only flight to Jammu, which stands cancelled from next month.

ONLY ONE TO SRINAGAR:

• SpiceJet’s Srinagar flight at 12:35 pm is the only flight connecting Chandigarh to the northern state with cancellation of Indigo’s flight at 1:35 pm.

• Now, there is a single flight to Hyderabad at 2:15pm, as SpiceJet’s late evening flight to the IT hub has been called off.

Connectivity to Delhi and Mumbai has also been hit, and travellers will have to plan their itinerary before 4pm.

Air India has already released its revised timings a few days ago.

The repairs are being done to prepare the airport for a world-class status and ensure better air connectivity to the world.

The airport official has expressed hope for better days ahead. “It will definitely lead to loss in business besides connectivity issues from the airport, but the runway repairs are also important,” he said. “Hopefully the air traffic will grow manifold once the airport is modernised.” 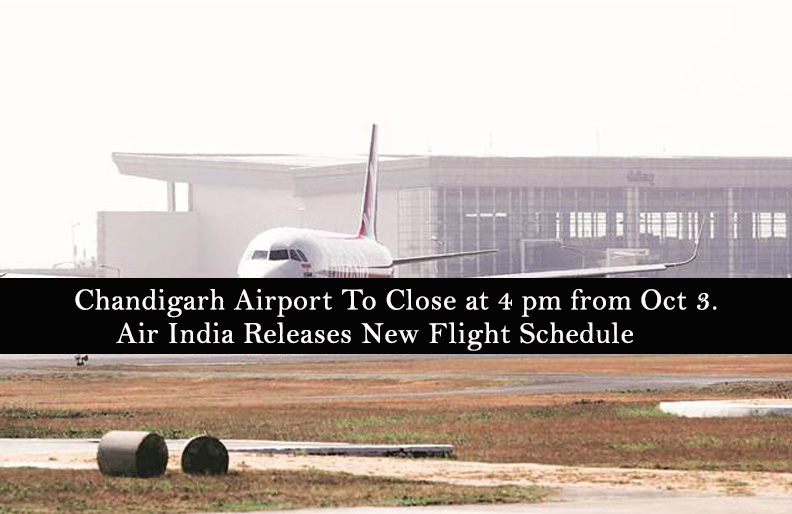