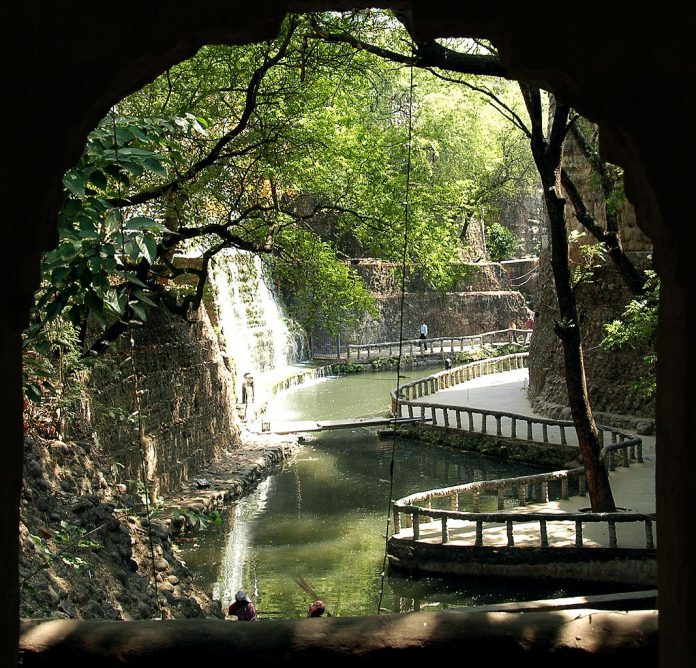 A falling standard of upkeep in terms of the slow death of the tree cover at Rock Garden threatens to kill this wonder of the modern world. It has been more than three years since Nek Chand’s death and his foundation, taken care by the UT administration, can be split into two- during Nek Chand and after Nek Chand.

From construction waste, smashed tiles, broken bangles, shattered ceramics, rags, cracked switchboards, cast-off lanterns, and mountain cobble, the list of discarded material that made hundreds of sculptures is a long one. And the tourist place is just sixty-two years old, but Rock Garden’s speed of decline is shocking.

The sculpture park was born in the cover of green trees from all sides. The ones that came in the way of the figures were combined with the art. Thus, it protected them from cutting. Trees were an additional beauty to the figurines. But, as time passed, deprived maintenance has undergone the killing of these trees. They are as much as part of Nek Chand’s work as the rock and concrete used by him.

Nek Chand’s son Anuj Saini said that they had no say in the organization of Rock Garden. He pointed out to the management that the trees needed to be properly maintained. In spite of being informed, the officials took no action to save them.

L R Budaniya, a keen environmentalist, said that roots of trees die due to cementing of its base. Gradually, the tree itself loses a life. Horticulturists named the expanse as protected root zone. It must be unoccupied for the health of the tree. Once the earth is dug up to construct patios or solid structures, the harm is already done. The damage is irreversible.

He added that nobody could be certain that it was a protected forest. The trees had been concreted without anyone noticing it. The other divisions might not be conscious of the disadvantages of cementing, but the forests wing is a guardian of the environment. There was no justification for such carelessness. In the same matter, a local NGO has filed an appeal in the National Green Tribunal against the trend of strangulation of trunks while concreting the foot ways.

As per Gurpreet Singh, he had been admiring the wonder from the time of his childhood. Nonetheless, he was unhappy to realize that the impressive art was disappearing. During the active days of Nek Chand, the paths were not paved. Green trees stood tall. Now, all the area around them is cemented. This had strangled the trunks. The city management was bound to protect the exquisiteness of Rock Garden.