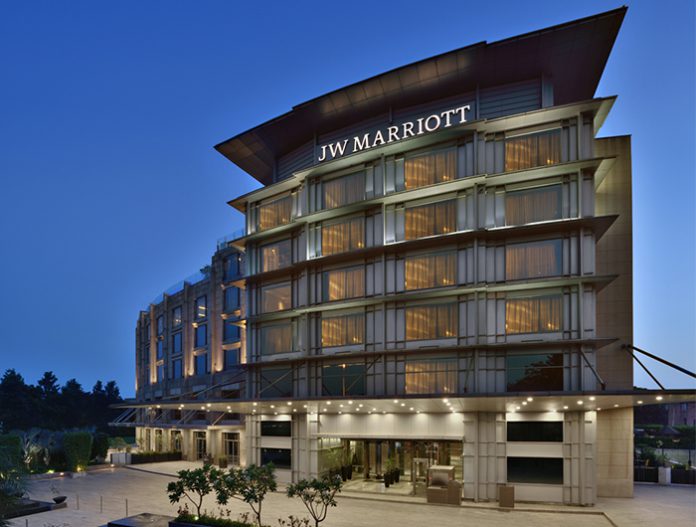 A day after JW Marriott Chandigarh was indicted and penalized Rs 25,000 for violating the law on illegal collection of tax on an exempted item, the hotel has landed in trouble again. During an inspection, the Excise and Taxation Department seized 34 bottles of foreign liquor without holograms. As per officials, seven bottles of Rowson’s Reserve, 10 bottles of Cragganmore Scotch whisky, four bottles of Clynelish single malt whisky, 12 bottles of Chivas Regal and one bottle of Antiquity Blue are among the confiscated liquor bottles.

Rowson’s Reserve, one of the liquor brands, is not available or supplied by any company in the city. According to Assistant Excise and Taxation Commissioner Rajeev Chaudhary, this specifically is not approved by the Excise and Taxation Department to be kept or sold.

The checking was conducted on the directions of Mandip Singh Brar, Excise and Taxation Commissioner and Deputy Commissioner.

Not having holograms is a serious offence. It is a clear evasion of excise duties and VAT. The AETC have issued a challan. A showcause notice will be issued to the Sector 35 hotel on Monday. Chaudhary said that this may lead to cancellation of the hotel’s license.

According to the hotel’s manager, they purchased the bottles from local distributors of liquor companies. So they had no knowledge of holograms and approval of brands.

The department verified the same from brand-owning companies. They mentioned that every bottle is supplied with a hologram. Moreover, the hotel authorities check the same during delivery.

Why Are Holograms Important

As per the UT Excise Policy, Clause 46 states, “Holograms/Intaglio printed security labels with holograms on packings/bottles of country liquor, Indian-made foreign liquor and Imported Foreign liquor will be mandatorily fixed by the licensee at his own expense.”