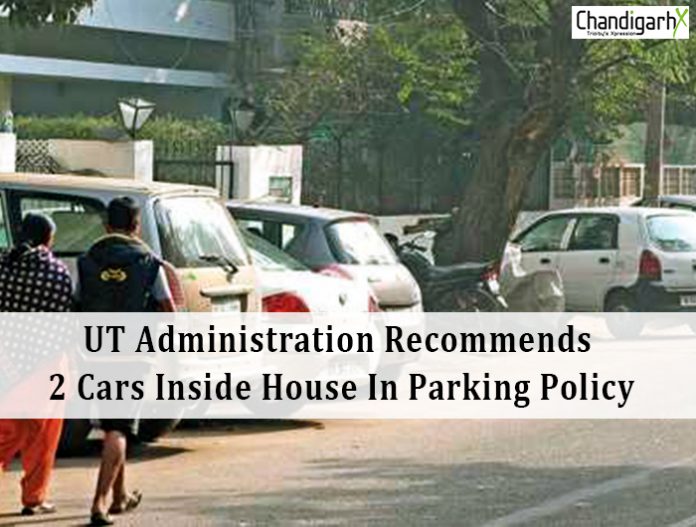 In a parking policy finalized on Thursday, the UT Administration has recommended the following:

As per officials, in residential areas, people nowadays own more than two cars. Those who have made gardens at corners will have to make some place for parking. This is to avoid blocking the roads. Even razing the front boundary wall to make way for parking inside houses is suggested. At least two cars are to be parked inside.

It is recommended that a high frequency bus service to move on three major roads of the city. These are Madhya Marg from Panchkula to Chandigarh, belt from Zirakpur to Chandigarh Dakshin Marg and belt from Mohali to Chandigarh Himalaya Marg. This proposal is in order to reduce trips of personal vehicles.

In small houses, provision of two gates is to be allowed.

After approval from the UT Administrator V P Singh Badnore on these recommendations, a draft notification will be issued.

In order to finalise the parking policy, three sectors- Sectors 11, 35 and part of Industrial Area- were studied. These were selected under three categories- commercial, residential and industrial respectively.

The recommendations of the study are as follows:

Incidental parking solutions have been suggested. Both on-street and off-street parking, community parking have been recommended. This will ease out traffic jams in the internal lanes where vehicles are parked outside the house on roads.

Initially included in the policy were congestion pricing and mandatory parking certificate. These have been dropped as residents had serious objections regarding them.

Need Of The Hour

More than 86 per cent households own at least one car or two-wheeler. Public transport makes for 16 per cent of total motorized person trips. This is much lower than that recommended in the National Urban Transport Policy.

The conclusions drawn from the report of Centre for Science and Research last year were as follows:

A survey conducted by M/S Rites in 2008 presented the following:

Therefore, the parking policy focuses on implementation of practical solutions in Chandigarh. The aim is towards electric mobility, people’s participation, technology-based solutions, encouraging more non-motorised transport and e-rickshaws on the main blocked points. The Transport Department is already working on an IT-enabled car pooling system. Companies have been approached to bring in user-friendly software for this.