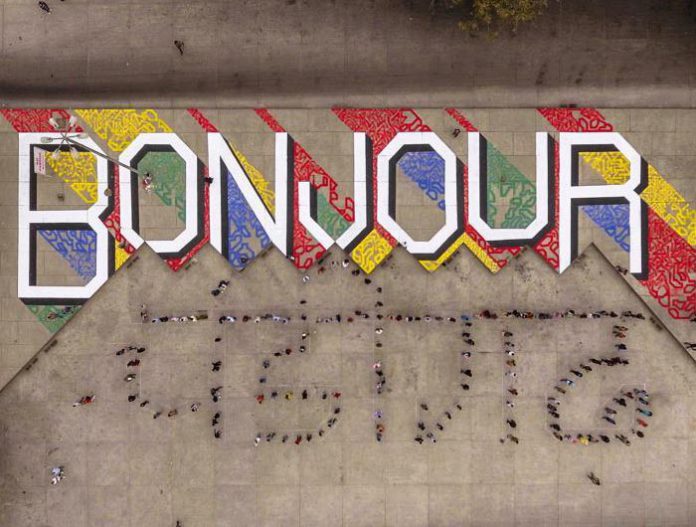 Chandigarh has a beautiful connection with France, afterall city beautiful is a magnificent brainchild of Le Corbusier, a French architect and urban planner.

Making that bond even more beautiful, Sector 17 bus stand now boasts an artwork that brought together street artists from France and India. For over a week old now, the “Bonjour” written in different hues and patterns on a raised platform has been attracting eyeballs.

This artwork is a part of Bonjour India, a partnership between India and France. French artists Sowat and Visualek and Indian artist Hanif Kureshi created this mural.

Along with “Bonjour”, “Chandigarh” was planned to be written in Gurmukhi Punjabi. However due to UT administration abeyance to the proposal, it was deferred and it was told that Devanagari (Hindi) and Latin (English) were the two options for them. 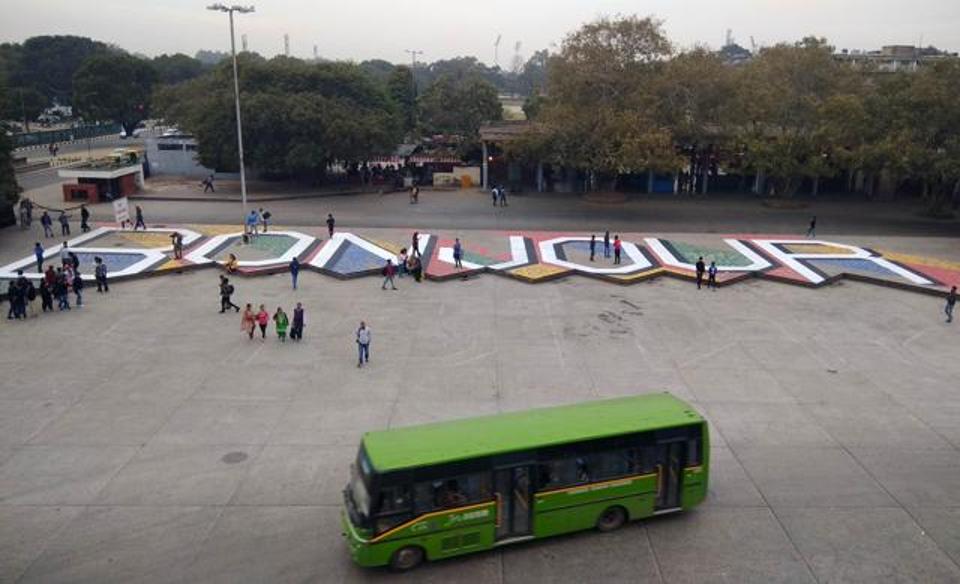 Before leaving, the two French artists traced Chandigarh is Devnagari Hindi script and formed a home chain on Friday evening.

What was heartfelt was how people joined in to form the human chain. Sharing his pleasure about the experience, Sowat said, “It truly turned the art towards the people – our true aim!”

Plastic bands in red and yellow have been installed at ISBT-17.

Motive of the street art: Tell each city its own story

The mural — combined with the temporary installation of red and yellow plastic bands joining pillars in the corridor — is part of the four-month project that covered 33 cities across 20 states and union territories. The aim is to “tell each city its own story,” said Bertrand de Hartingh, the project’s general curator and counsellor for cultural affairs at the French Embassy.