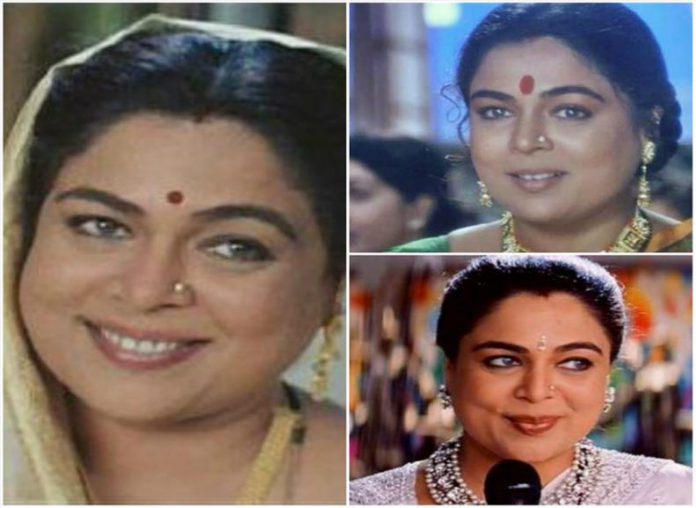 She is known for her portrayal of ‘aadarshwadi’ Indian mother’s role onscreen.

She started her career in Hindi and Marathi films in the late 1970s and early 80s. She was best known for playing the on-screen mother to protagonists in hit films like ‘Maine Pyar Kiya’, ‘Hum Aapke Hain Koun’, ‘Kuch Kuch Hota Hai’ and ‘Hum Saath-Saath Hain’. Her comic timing in Shreeman Shrimatiji and Tu Tu Main Main were appreciated the most.

She is survived by a daughter who is known theatre artist and director.

Waking up to the sad news, many B-town celebs and bigwigs took to their social networking websites to express their sorrow on her untimely departure.

Rest in Peace, Reemaji. You will be missed.