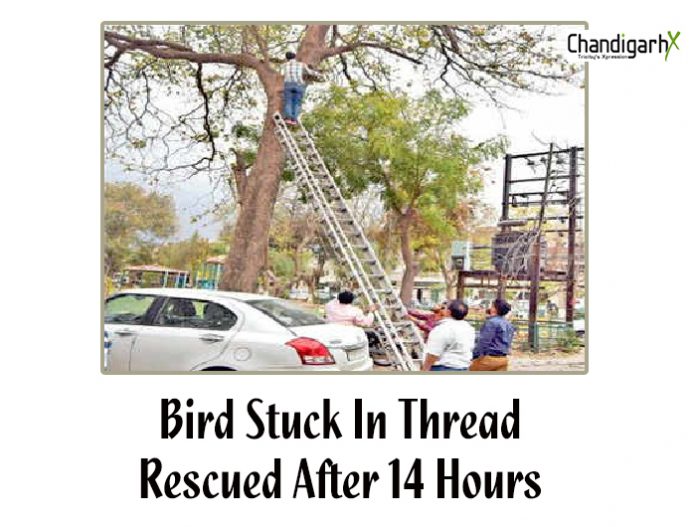 Hope Is Just Around The Corner

In Phase IV, Mohali, a bird was entangled in a sharp kite manja (thread) for over 14 hours before two residents rescued it here a few days back. Local residents said the black kite got entangled in the thread at the top of a tree in a park around 7pm on Sunday. Around 9.30 am on Monday, Parveen Kumar and Kulbir Singh called the Mohali fire brigade department and the bird was finally rescued at 10.30 am.

Kumar said he was taking a stroll on the rooftop when he noticed the kite hanging from the tree situated at the back side of his house. He went to the park and saw a wing of the bird had got entangled in the thread. “I found a few phone numbers of bird rescuing teams and called them up. But none of them worked. Later, I climbed the tree but failed to rescue the bird. After waiting for hours at the spot, I went back to my house.”

“The next morning, I found the bird was still struggling to free itself. Meanwhile Kulbir Singh, who lives near my house, also came to the spot. We both found a few phone numbers of the wildlife department and called them up. In the meantime a fire tender reached the spot,” said Kumar.

He said the fire tender struggled for over an hour to rescue the bird. After it was untangled, the bird drank some water, rested for a while hour and then flew away.