Home Latest News Chandigarh & Around Believe It. Chandigarh Airport Has Been Adjudged Among Best In World
Facebook
Twitter
WhatsApp
Email 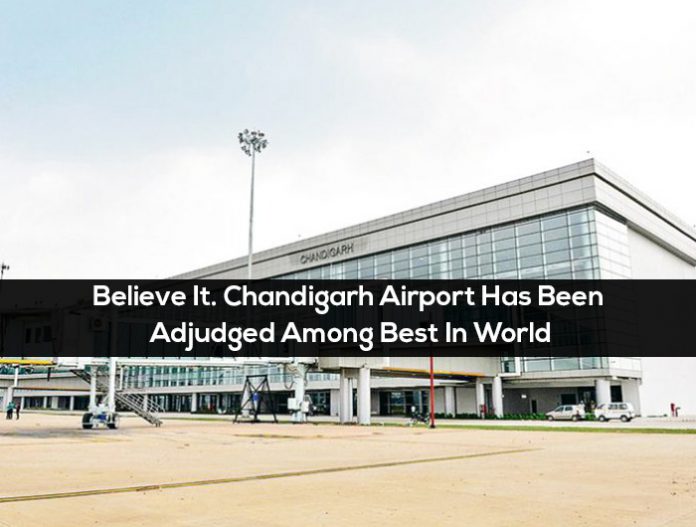 Chandigarh airport’s continuous thrust on enhanced passenger convenience and superlative services has finally yielded results. The airport has got six national and international awards. This announcement has made it one of the best airports in the country and the world.

In recently announced ACI-ASQ awards 2019, AAI-run Chandigarh airport has been adjudged among the best aerodromes in the world from Asia-Pacific region. It has received this award in four different categories.

The four categories in which these airports bagged the best airport awards are as follows:

Wings India for Excellence of the aviation sector awarded the Chandigarh airport as India’s Best Airport. As per an IE report, FICCI and Ministry of Civil Aviation monitored the results of the award.

The airport has received the Swachhata Award, 2019 for being the second safest and cleanest airport of the Airports Authority of India (AAI). The category in which the airport has been awarded is of passenger traffic which has increased from 1.5 million to 5 million in a year. Swachhata Pakhwada 2019 was observed across India in November last year.

According to CEO Chandigarh International Airport Limited, Ajay Kumar, the Swachhata drive will be carried forward. Maintaining cleanliness outside the terminal and passenger satisfaction will be the key areas.

He added that the airport will also add more destinations.

At a ceremony held at Begumpet Airport in Hyderabad, Minister of State (Independent Charge) for Civil Aviation Hardeep Singh Puri bestowed this award.

The Chandigarh international Airport Limited (CHIAL) has thanked everyone for their contributions in the excellent performance of the airport. The Punjab and Haryana state governments hold 24.4 percent stake in this airport.