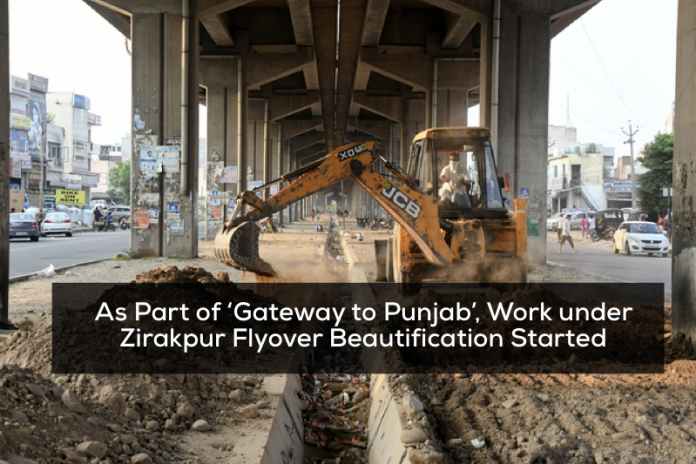 The beautification work under the Zirakpur flyover has begun near the Patiala chowk.

A JCB machine has been deployed for the purpose of levelling and tilling the earth for ornamental plants.

As per proposal of ‘Gateway to Punjab’ project, open space beneath the flyover will be beautified with ornamental plants on the 2.7-km stretch from the Chandigarh border till the Zirakpur Municipal Council limits.

Toilets and seating area will be constructed on the Zirakpur- Patiala stretch. ₹3.5 crore worth makeover is in the offing in the coming days. Besides this, ornamental plants, benches and decorative lights will put up in the entire area.

‘Primarily, landscaping, greenery and walking tracks will be done’, said an official. It will take around 6-7 months to complete the work, he added.

Residents have been demanding the place to be kept green, clean and better planned to plug-in waterlogging.

This is for the second time that an attempt is made to beautify this area. Earlier, in 2017, the local administration had taken up the beautification project, but could not continue due to paucity of funds.

Similarly, in October 2016, some volunteers and artists from the city had cleaned the area and made graffiti on the pillars, however, they were defaced.