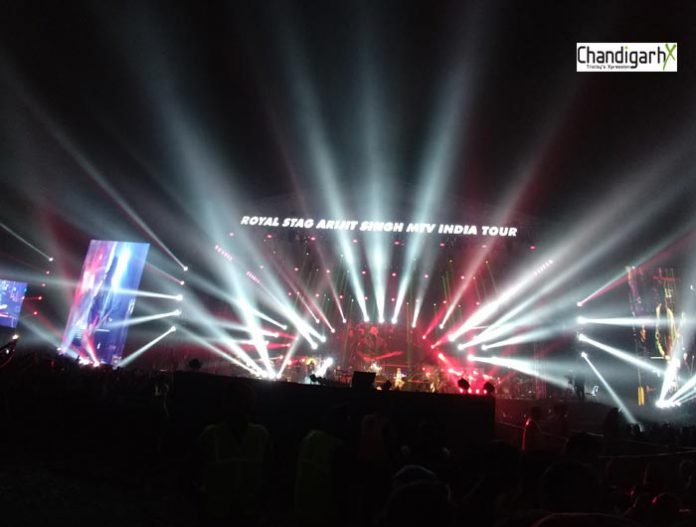 Sunday, the 28th January, saw the most beautifully musically charged Chandigarh. With mercury dropping and fog hovering around, the mother nature had already set a romantic mood in Chandigarh for the heartfelt songs in Arijit Singh’s magical voice.

As expected, the Exhibition Ground in Sector 34, Chandigarh was thronged by Arijit’s lovers from Chandigarh and places around. Amidst the thundering applause, the music maestro, Arijit Singh, began to cast spell with his magical voice. The attendees, the lights, even the fog seemed swinging to his tunes.

The winners of ChandigarhX Musical Contest with Arijit Singh shared their experience. Karan Saigal, the winner of ‘Let’s Play Antakshari‘ said, “I have been to many concerts earlier too, but Arijit’s was altogether different. I felt in love all over again. It was like a ‘suroor’.”

Abhey Bansal, the winner of ‘Compose a Song‘, shared his experience by saying,”Apart from his magical songs, what I liked the most was the way he was interacting with the crowd. I naturally felt like singing along with him.”

The winner of ‘Write a Caption & Get Max Reactions‘, Anmol Rai, “I felt like I was under a spell. The song which I liked the most was “Pal Kaisa Pal Pal mein Jaye Fisal.”

Here are the magical videos from the Arijit Singh LIVE in Chandigarh Concert: