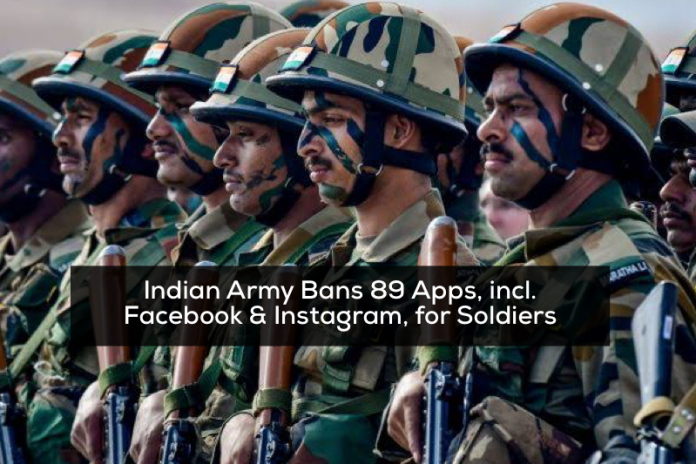 Citing security reasons and breach of information, Indian Army has directed its soldiers and officers to delete and uninstall 89 apps from their mobile phones by July 15, 2020. It also says strict action will be taken against those who won’t comply.