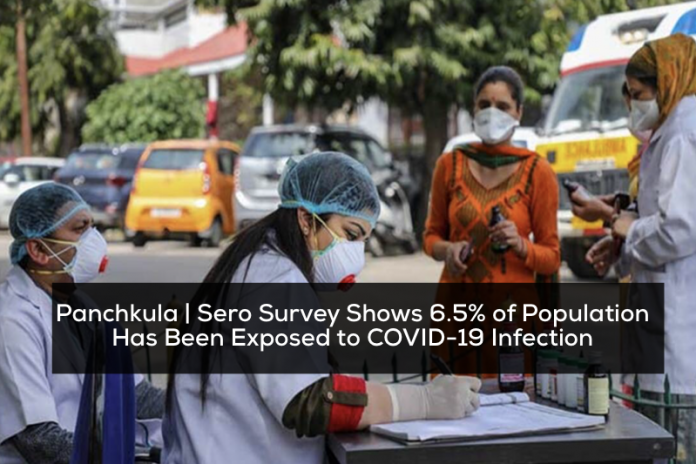 Antibodies against SARSCoV-2 were found among 6.5% of the Panchkula district’s population in a sero-prevalence survey conducted in Haryana.

It is below the state average of 8%.

The rural population is more exposed to the novel coronavirus than the urban population in the district.

Seroprevalence in the rural areas of the district is 8.5%, followed by 3.7% in urban areas, which is in contrast to the state’s average, where the urban population is more exposed to the virus.

12th position in the state

Panchkula stood at 12th position in the state in terms of seroprevalence. Faridabad topped the list with 25.8% of people having antibodies for the virus. Jhajjar, Ambala, Rewari, Sirsa, Hisar, Fatehabad, Bhiwani, Mahendragarh, Kaithal and Rohtak districts have less seroprevalence than Panchkula.

Blood samples of 836 persons were collected from the district for the survey. From Sector-20, a total of 172 samples were taken, followed by 93 from Sector-16 & 89 from Pinjore.

Sero-positivity expected to go up

Since the survey was conducted before a spur in COVID cases, the district has a low seroprevalence and it is expected to go up in the second round, said Dr Jasjeet Kaur, CMO.

The virus first swept through villages, located in the border areas and eventually entered the urban areas, she added.