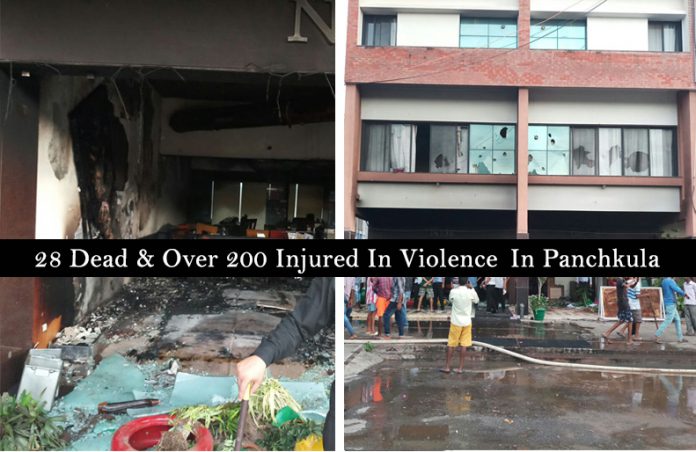 According to reports, atleast 28 people are dead (31 as of 26 Aug, 2017 11.00 am) and 250 injured in the violence in Panchkula following the conviction of Baba Gurmeet Ram Rahim Singh in rape case by CBI court.

As feared, the dera followers became violent and starting damaging public and private property. They set on fire torched many government buildings, including IT office, Petrol pump in Sector 4, Kisan bhawan, a local telephone exchange and LIC office. Also, KC and Rajhans were also set on fire. The enraged Dera Sacha Sauda supporters also vandalised many shops in the city.

[ngg_images source=”galleries” container_ids=”53″ display_type=”photocrati-nextgen_basic_slideshow” gallery_width=”792″ gallery_height=”514″ cycle_effect=”shuffle” cycle_interval=”3″ show_thumbnail_link=”1″ thumbnail_link_text=”[Show thumbnails]” order_by=”sortorder” order_direction=”ASC” returns=”included” maximum_entity_count=”500″]Ram Rahim will be sentenced on Monday and was flown out of Panchkula in a government helicopter to Rohtak.

By 5 pm, the army was called in to help regain control with 600 soldiers being deployed in Panchkula. Before that, the police fired in the air, and used tear gas and water cannons to try and disperse mobs of Ram Rahim supporters, but was easily outnumbered near the courthouse which declared him guilty.

Apart from many disturbing pictures and videos circulating on social media, there’s one message that will make think you from a different perspective. 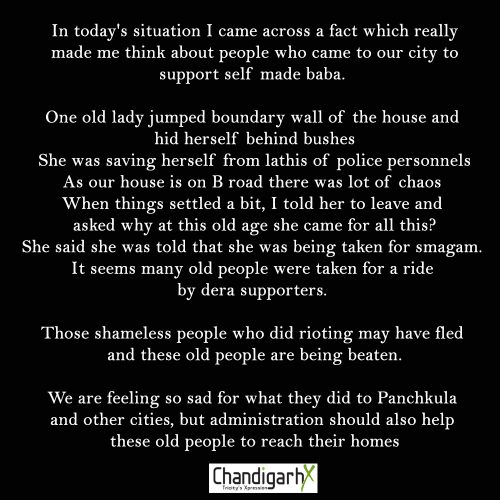 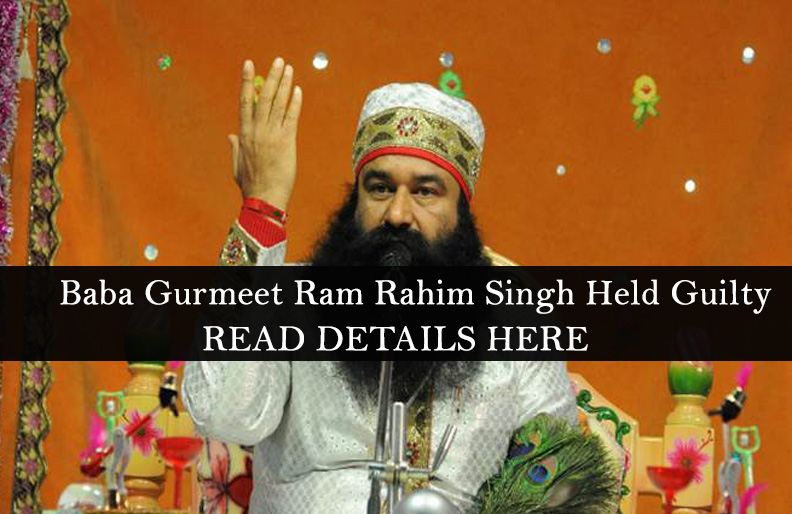