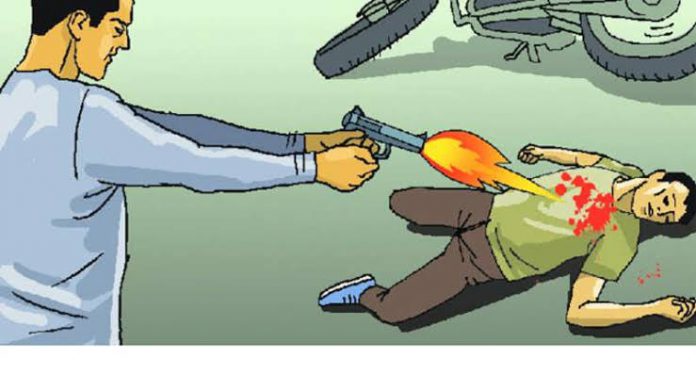 Just 100 metres away from the Police Station, Sector 17, two men fired five times, killing a 26-year-old youth and injuring another. The incident took place in broad daylight on Wednesday. The victim, identified as Tejinder Pal Singh, was shot in his chest. He died on the spot. Sandeep, 24 years, from the same native village, was admitted to PGI. Rohit, an eye witness said that he received bullet injuries on his ribs. His condition is stated to be stable now.

Another eye witness, Amrinder Singh said that around 3:30 PM, he was resting in his taxi at the Bus Stand parking lot in front of the Old District Court Building. The accused came on foot. Two out of four men took out pistols. They started firing at the two persons. Two of the accused escaped towards Sector 22, crossed the road and took an auto. The others ran in the opposite direction.

As Per The Police

SSP Nilambari Jagdale, Chandigarh, DSP Rajiv Ambasta, Crime Branch, SHOs of Police Stations, Sectors 3 and 17 along with the police force reached the spot. The crime scene was fenced off. A forensic team has collected evidence and bullet shells. A three-wheeler driver has given vital leads to police officials. Cops have collected CCTV footage. The accused would be caught soon.

As per reports in the Times of India, an old rivalry is said to be the reason behind the murder. According to the police, Vikas Mor, alias Boxer, was nursing a grudge against Tejinder. He is a criminal from the native place of the victim. Vikas had allegedly killed Manish and Jaswant. They were supposed to be involved in the murder of his brother, Mohit in Narwana, Jind, on August 14. He was suspecting Tejinder’s involvement too in the murder and was waiting to take revenge against him.

Tejinder is a resident of Dhoomrakha Kallan, Jind, Haryana. Three days ago, Tejinder had come to Chandigarh. He was planning to take up the job of a taxi driver along with Sandeep. He arrived at Sector 17 in the taxi of Sandeep, where the four accused struck.