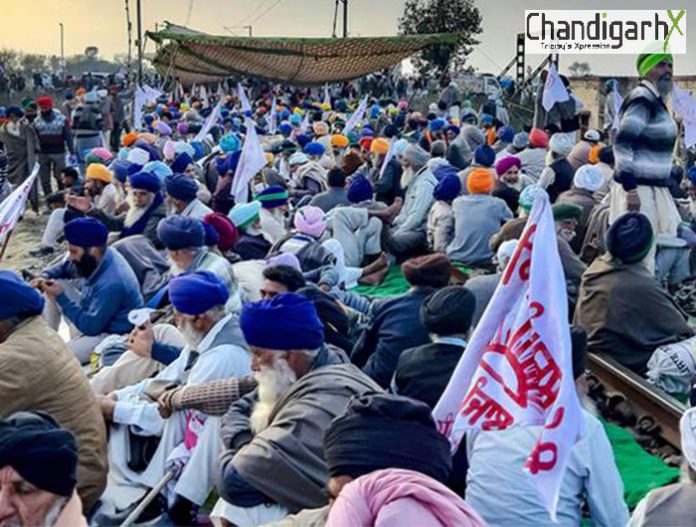 At least 34 trains were cancelled and 17 diverted on Tuesday as farmers, under the banner of Kisan Mazdoor Sangharsh Committee, laid siege to tracks on the Amritsar-Delhi route at Jandiala. The farmers are demanding complete loan waiver and implementation of the Swaminathan Commission report.

He said 17 trains were diverted on Tuesday via Tarn Taran and Mukerian railway stations.

Earlier, the protesters were on a sit-in outside the Tarn Taran deputy commissioner office over their various demands since March 1. The protestors flayed the Centre and Punjab government for their ‘unkept promises’. State president, KMSC, Satnam Singh Pannu said farmers have been committing suicide as the state government has not waived off their entire loan. Farmers are receiving notices of ‘kurki’ from many banks and even many of them are being arrested, he alleged.

“The government should arrest us or give us assurance to meet all our demands or else we will continue the stir,” said Pannu.

The train cancellation left hundreds of passengers stranded at Amritsar and Ludhiana railway stations. “We had to board a train to Delhi, but after coming to the station, the authorities said all Delhi-bound trains have been short-originated from Beas. Now, I will have to go to Beas railway station by bus, said Sunil Kumar of Amritsar.

Another passenger Priyanka of Chandigarh said: “I will have to go by bus as the train to Chandigarh has been cancelled. The farmers should lay siege to the houses of ministers and MLAs instead of blocking railway tracks.”

“Our talk with the farmers is going on to lift the protest,” deputy commissioner (DC), Amritsar, Shivdular Singh Dhillon said.