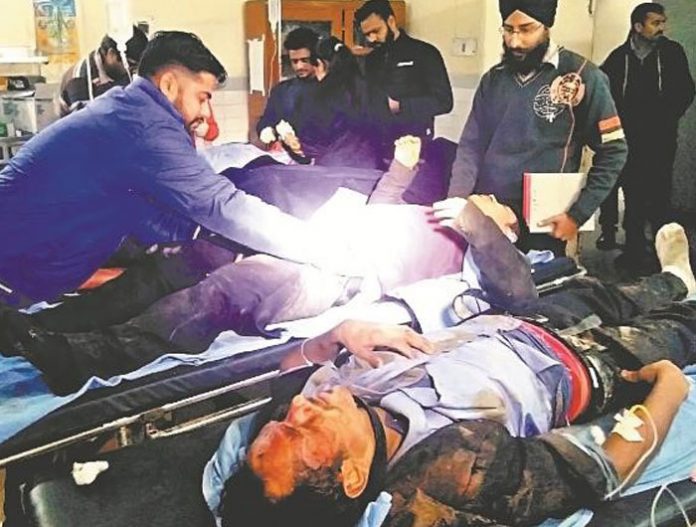 Come winter, and a horde of problems begin. Foggy conditions have been prevalent in the Tricity for the last two days. As a result, the visibility is extremely poor. This led to a tragic mishap on the Kharar-Morinda road, where 12 men were injured when a Maruti Suzuki Dzire crashed into them.

It is still to be ascertained whether the accident occurred due to the fog or the driver was at fault.

The 12 men who were injured in the accident were employed as waiters for a private contractor in Chandigarh. All of them hail from Chamba, Himachal Pradesh. They were presently residing in Dhanas.

They were returning from a marriage(in a group of 40 waiters) in Ludhiana, when the bus carrying them had a flat tyre near Mamupur village(on the Kharar-Morinda road). They were waiting for another bus when suddenly a speeding car crashed into them.

The ones who were seriously injured were referred to Government Medical College and Hospital(GMCH), Sector 32. Others were referred to Post Graduate Institute of Medical Education and Research(PGIMER).