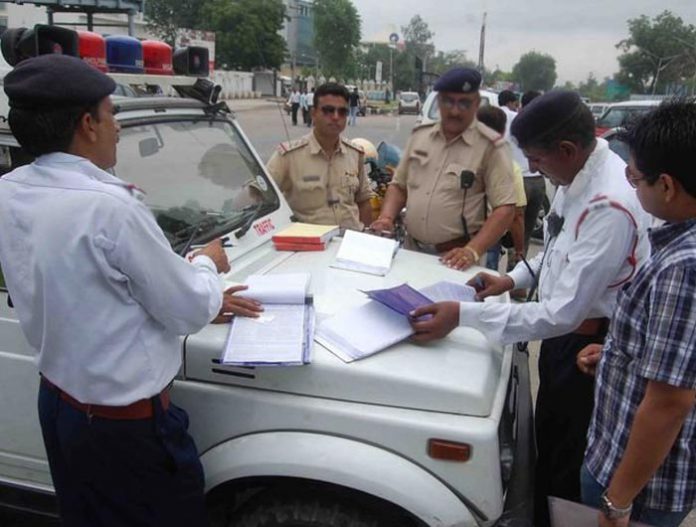 In just 47 days, from January 1 to February 16, 1,104 motorists have been challaned for drunken driving in Chandigarh. On Friday night only, police challaned 69 persons for the offence. As many as 953 people have been recommended for suspension of their driving license (DLs) for six months.

Following this pace, the challan figure could cross 12,000 by the end of the year.

In year, in 2017, Chandigarh Traffic Police recommended as many as 5,139 driving licenses (DLs) for suspension for traffic rules violations. In 2017, 6,663 people were challaned at anti-drunken nakas.

Earlier the offences that invited DLs suspension were overspeeding, red-light jumping and talking on mobile phone while driving. However in November 2016, drunken driving was added to the list. For the offences mentioned, the DLs are suspended for three  months even if caught for the violation for the first time.

According to official records of DLs suspended, the drunken driving cases tops the list, overspeeding figuring on second spot. Shashank Anand, SSP (Traffic), said, “Many times, drivers are not carrying their DLs. In that case, their challans are forwarded to the local court for necessary action.”

He also added, “The traffic police have increased naka points as well as their days. Police have also succeeded to bring down fatal accidents in the city. Data showed that last year 107 people had lost their lives in 2017, the lowest in five years. Police said drunken driving was the main reason behind fatal accidents.”

What is the procedure after DLs suspension recommendation?

In several cases it has been found that the motorists challaned for the offence submitted fake DL to the police or court and the cheating came to fore when the DL was sent for suspension to the issuing authority, which then reverts with a communication that the DL is fake.

Source: The Tribune, Times of India