Chandigarh shares a special bond with coffee. From socializing to alone time, coffee is our best companion, and with freezing days now, coffee becomes our ‘knight in shining armour’. But, there are somethings that huge coffee lovers like us don’t know.

We all know Gunther from F.R.I.E.N.D.S.. He got his role because he was the only one who was able to use a coffee machine during interview. Just imagine knowing how to operate a coffee machine, could land up as an actor on the world’s most popular TV show.

Here are some facts about coffee you wouldn’t have known.

No, he didn’t. A Belgian man living in Guatemala by the name of George Washington invented it in 1690’s.

Legend has it that in 9th century, a goat herder in the name of Kaldi noticed the effect caffeine had on his goats, who appeared to “dance” after eating coffee berries. A local monk then made a drink with coffee berries and found that it kept him awake at night, thus the original cup of coffee was born.

3. Coffee houses were banned in 1675 because that’s where all the cool kids went drinking

No, I’m not serious, but drinking too much coffee can cause a latte problems. Get it? In 1675 Charles II, King of England issued a ban as he felt coffee houses were places where people met to plot against him.

4. Spiking coffee in Turkey is a tradition

In Turkey, it’s a tradition where brides spike the grooms coffee with salt. If he drinks it, without complaining, he’s a keeper. It just keeps getting better.

5. Gennaro Pelliccia the official coffee taster for Costa coffee has his tongue insured for £10m 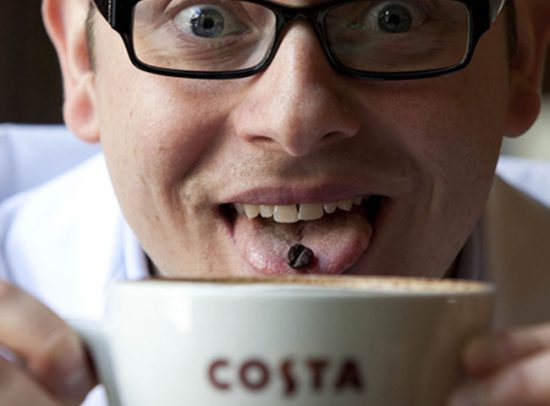 Professor Barry Smith, of the University of London, said, “We have got two senses of smell. One sense is when you inhale things from the environment and the other is when the air comes out of and up it goes into the nasal passage and is breathed out through the nose.”

So basically 80% of what we think of a taste actually reaches us through smell from our nose.

7. Have you ever noticed that Star Bucks uses round tables?

This was done to make solo coffee drinkers feel less lonely.”Round tables are more welcoming than those with square edges,” reports Karen Blumenthal in her book Grande Expectations. “And people look less alone while seated at a round table.”

8. Coffee is a actually a fruit

Coffee is a fruit that grows on a tree. Even though we call them coffee “beans,” they are actually the seeds of the red, juicy, cherry-like coffee fruit. It means that coffee has the potential to take a diverse range of fruit flavours. Depending on the variety, the roast, and the brewing method, coffee can be brewed to taste like white grape, lemon zest, plum juice, strawberry jam, etc. Prior to the past decade or so, coffee was commonly roasted darker in order to make it taste like chocolate or caramel.

9. The rise of Islam contributed to the popularity of coffee 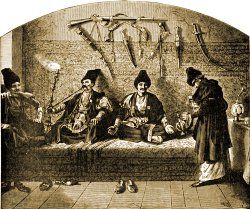 This was because the religion prohibited drinking alcohol and the considered coffee an acceptable drink.

The coffee’s creator cites biology and scientific research to answer the basic question: Why elephants?

‘When an elephant eats coffee, its stomach acid breaks down the protein found in coffee, which is a key factor in bitterness,’ said Blake Dinkin, who has spent more than £200,000 developing the coffee. ‘You end up with a cup that’s very smooth without the bitterness of regular coffee.’

Now, go out and brag these facts over a cup of coffee!